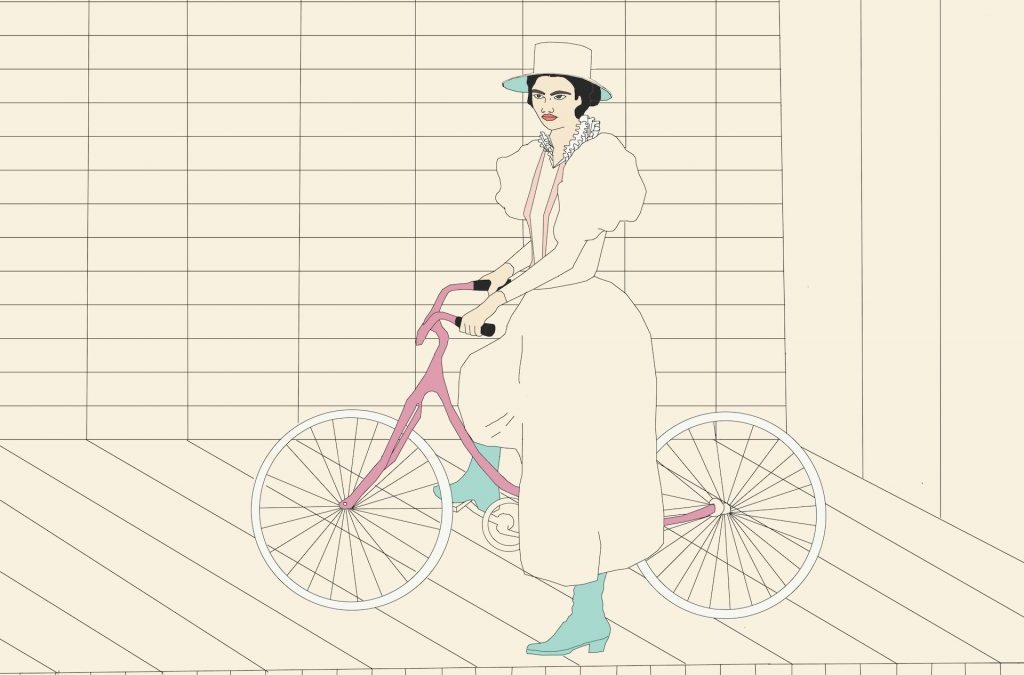 The athletic suit for women and how mobility changed fashion

Fashion history shows how clothes can shape our vision of society and how they’ve led to some important changes. Technology plays a significant part in social movements, and, for women, there’s no better example than when bicycles came along.

The invention oh the bicycle clothing

When the first bicycle arrived on the scene, it wasn’t too user-friendly. Nicknamed the “penny-farthing” machine, it had a really high back tire and a tiny front tire. On top of that, its shape made it difficult for a woman to mount it wearing the traditional and modest clothing of that time.

This changed after the introduction of the “safety bicycle” in the 1880s and 90s, which turned it from a dangerous toy into a serious mode of transportation for people of all ages — including women.

But not everyone was happy with the independence the bicycle bestowed on women. Columnists wrote outright ridiculous things, including the Sunday Herald in 1891 saying, “I think the most vicious thing I ever saw in all my life is a woman on a bicycle—and Washington is full of them. I had thought that cigarette smoking was the worst thing a woman could do, but I have changed my mind.”

Women getting on their bike would be subject to vicious insults and even had objects thrown at them. Papers tried to dissuade women by fear of death, inventing stories of women dying from their dresses being caught in the wheel. Meanwhile, female bicycle enthusiasts simply thought – hey, corsets and huge dresses are great and all but we could just wear something different.

Quoting the Los Angeles Daily Herald: “interest in conventional dress is rapidly disappearing and forms a less interesting topic of conversation among the fair sex than ever before. Now we hear on all sides, ‘what kind of a bicycle costume have you; if your skirt narrow or wide, and your legging’s a good fit about the ankles?’.”

Bicycle costumes made their way into the mainstream thanks to their functionality, which led to additional accessories to make sure a woman was fully and modestly clothed while on a bicycle. “Bicycle leggings, gaiters, boots and shoes of special design are shown in the shoe stores and department stores in great variety,” said a writer in the New York World.

This whole fashion and business movement surrounding bicycle costumes was changing womenswear. Newspapers (written mostly by men) would publish tips on how they should look while riding a bike, including how to fold a skirt properly when mounted.

The Athletic Suit for Ladies

In 1895, Ida M. Rew patented an Athletic Suit for Ladies. This to limit the harassment women would receive while wearing trousers on a bicycle. In the patent she wrote: “The objects of my invention are to provide a safe, reliable, and easy lady’s suit, graceful in outline, hygienic in construction, light in weight, and of handsome and modest appearance, and while constructed mainly with reference to producing a perfect garment for lady cyclists it may be, nevertheless, admirably adapted to general athletic use.”

Ida wanted to create an outfit that included a full skirt with hidden trousers underneath, attached to a bodice. This would keep men happy and women, well, modest. Some of them preferred to go full-on pants mode while others chose the more subtle approach of Rew’s patented athleisure. Regardless, women in athletic wear helped pave the way to the gender’s right to wear trousers from day-to-day.

During this time, women weren’t just trying to get on bikes, and suffragettes were fighting for the right to vote. The bicycle was a chance to start wearing something more practical for modern needs, like trousers! Two of the leading suffragettes in the United States at the end of the 19th century, Susan B. Anthony and Elizabeth Cady Stanton were both quoted saying, “woman is riding to suffrage on the bicycle.”

Females in trousers kept being polemic until the twenty century. In 1930s Marlene Dietrich was a pioneer using masculine-coded garments such as tuxedos on stage. The German diva commonly wore trousers in her daily life, saying that it was the perfect garment for travelling. In fact, she was almost arrested in Paris because of a white pantsuit.

It was 1933, and she was coming back to Europe from America, crossing the Atlantic in a steamer wearing a pantsuit. Therefore, the Paris chief of police announced that Dietrich would be arrested if she wore trousers in his city.

After docking by the English Channel on her way to Paris, Marlene Dietrich not only kept her trousers but chose to wear a suit, men’s coat, beret and sunglasses. At the train station, the chief of police was waiting. She got off the train, walked in his direction, grabbed his arm and left the dock with him by her side. No arresting was done, and the scene marked an important step for women’s rights and fashion! 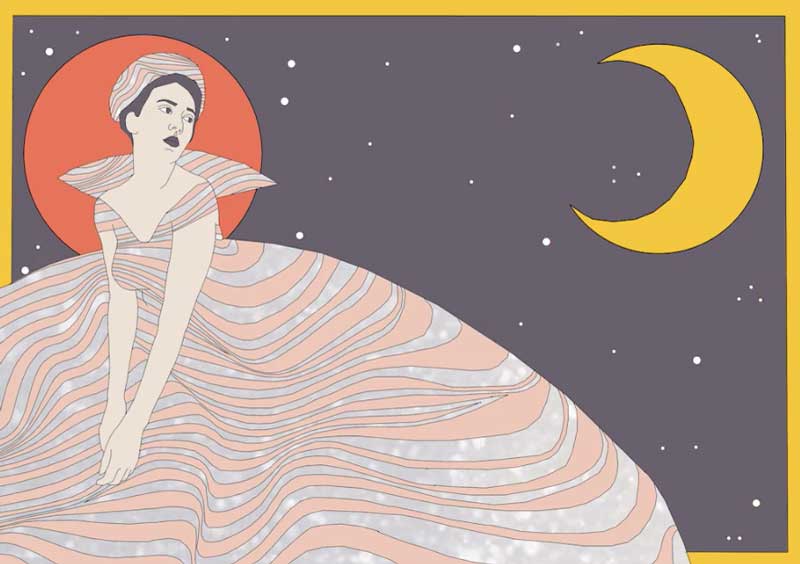 The Future of Fashion and Mobility is: Exclusive 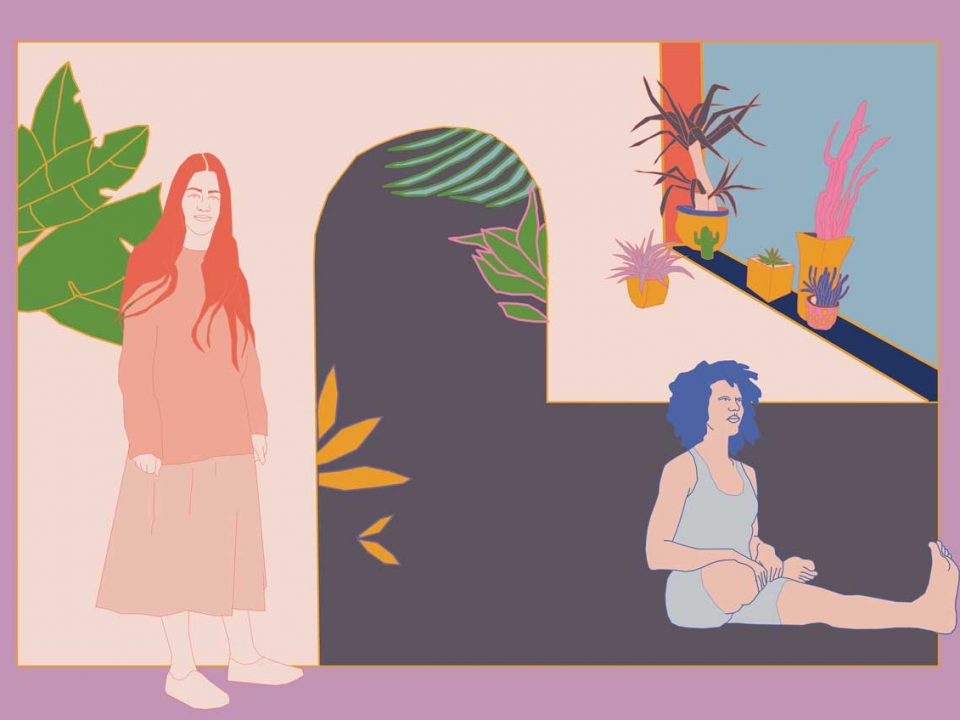 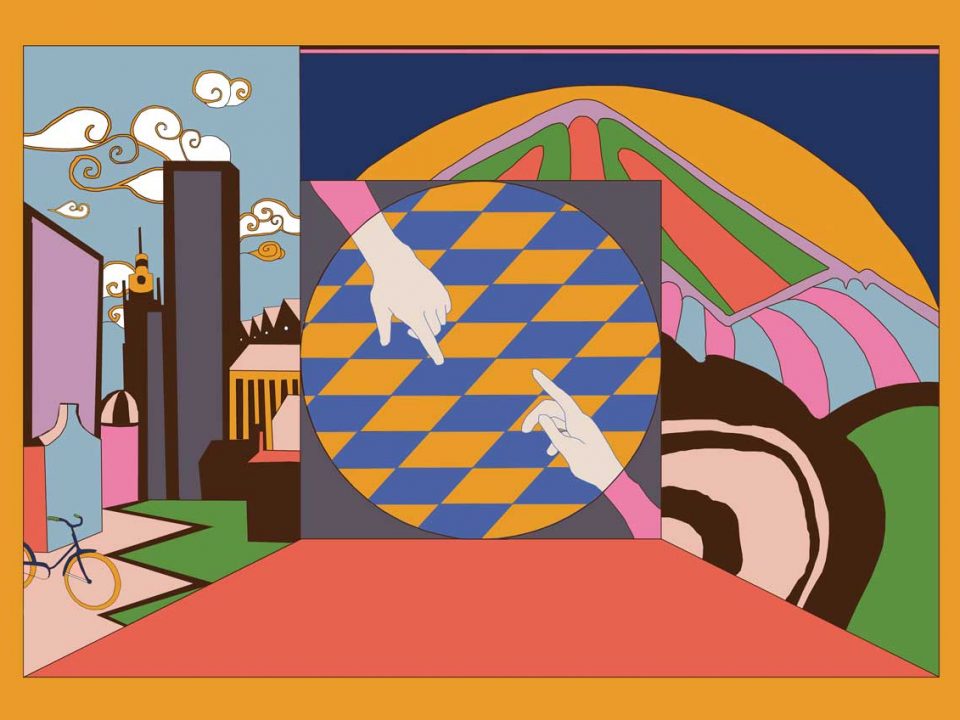