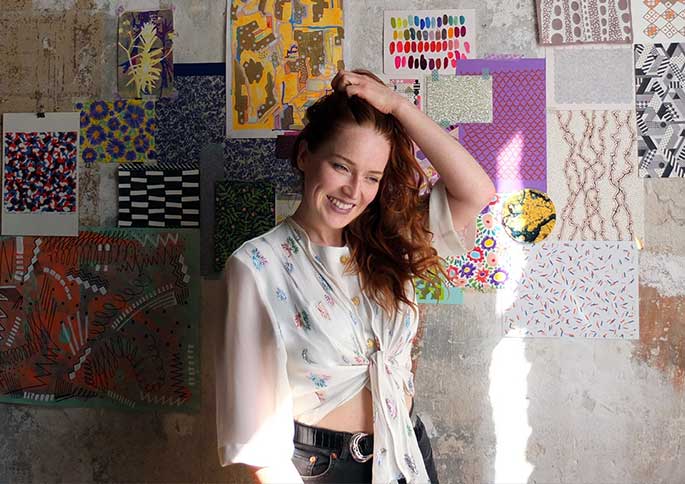 Through the spirit of the Bauhaus. That is how we’ve found Anna Niestroj, a Polish pattern designer based in Berlin. She wrote an article for her studio’s blog about Gunta Stölz, the Queen of the Bauhaus, an inspiration for female designers across Europe. Because of that single piece of content, our paths crossed.

As we are developing a special project about the women of Bauhaus, researching their influence in the textile industry of the 20th century, we found Anna’s work and fell in love with her innovative spirit. Plus, a curious observation on Anna’s blog about Gunta Stölz and her department at the Bauhaus: “The weaving department was seemingly the most lucrative, i.e. that most financially successful of all Bauhaus departments.” Interesting, right? Patterns and textiles, the most lucrative! (Source: Monster Patterns.)

Flying back to the present, we decided to bring Anna close to us and have her creative mind at our special project, honoring the Women of Bauhaus. Her talent, creative sensibility, and innovative business vision are perfect to recreate the spirit of those artists 100 years later. We met Anna for a very special interview session at Praia da Luz, a beach spot in the historical city of Porto, Portugal, where she told us about her early days as an entrepreneur and revealed her innovative approach to pattern design. A real visionary with a business mindset, as was her muse Gunta Stölz.

Anna started telling us “I was born in Poland, in the east”, explaining that she is not from Berlin, where she lives and works now, and that she was born before the fall of the Wall. You, young reader, do you know what that means? It means that she was in East Europe during the cold war that divided Berlin between East/West, and the world between capitalists/socialists. This arbitrary division remained until 1989 when the war was over, the wall crashed, and the families in East and West Berlin were able to live together again. Anna’s family moved to West Germany in 1987 – before the fall of the wall. This was a huge act of bravery for her parents and many other Polish families at that time.

“My work is with colours, is about positivity, and brings this lush feeling of life”, as she believes that art is to enlighten people, in a very colourful and optimistic way of seeing life. “I was born in an artistic family, and my father died very young when I was a child, and he left all this paint and brushes for us. So creating, doing something with my hands, was something that I grew up doing,” says Anna to introduce her professional journey to us.

She then went to study Communications Design in Hamburg. She started as a freelancer at the early age of 19. In 2008, Anna moved to Berlin, and a couple of years later she did a master’s degree in Trend Research in Switzerland. She went back to Berlin in 2011 when the startup scene was on fire. She opened her own design studio in 2012, where she started doing communications and trend research, and then came to consulting and strategy, applying all the knowledge she obtained at university.

Colouring was becoming a side project, as communications and strategy could make a better living than art. But from time to time she posted a drawing on Flickr, and some results started to show up.

From drawings to patterns, Anna found a way into digital arts and a passion for textile and fashion. Her inspirations and process keep evolving, as she is always seeking her next vision. That is why she keeps her eyes and mind wide open to all art forms: “When you grow up, you need to make a living, and you start to transform. I went into digital arts, which pays my bills, but I still have many, many many boxes of paper and materials. I don’t want to fixate on one medium—just aquarelle, pastel, or whatever. Whatever I use to create, something just happens.” As for the inspirational moments, Anna has a high consumption of media: “I read a lot of books, I live in the city, visit lots of events and exhibitions, meet people from all over, and I have many influences from fashion and other areas. Using Pinterest, Instagram—all this is an influence and reference.”

A new business approach to fashion

With this repertoire, it didn’t take too much time for her to get tired of her business/innovation career, as she realised that her clients at the time weren’t ready for real innovation. “It was very frustrating. I realised that I had all this knowledge about innovation, but it wasn’t the right time.”

Being a visionary, she started to look forward in the unexplored field of pattern design to see what was happening businesswise, and how to innovate. “It is a very global field, difficult to thrive in, to be an innovator,” says Anna.

“I noticed that when people ask about a pattern, they ask about an exclusive pattern license—which means I can only earn once for each design, unlike when you take a photo and put in a stock platform and continue to receive royalties. I had the idea of creating different pricing models for my patterns when they have been used for different reasons, e.g., printed as an editorial, as a commercial, for resale and such. I created different licensing and pricing models. This is unusual in the classic pattern licensing market.”

Anna built a prototype of a digital database for digital pattern designers: Mønster Patterns. She launched the platform in 2017 in Berlin, and it has five different license models, like stock photos, “but by that time no one around me knew what pattern design was and why they actually need it.”

Since then, Anna has been learning the differences to thrive through patterns in fashion, and how it happens in her previous experiences in Communications and Advertising.

“It’s a real challenge, but I have this passion for textiles, like a universal language, something that every culture, every country understands: these are stripes, these are polka dots, ancient patterns connect you to history, and somehow, between that, I figured how to find my way. A pattern is always like a cult, it repeats, is an industrial product, it only repeats because an industrial machine reproduces it, gets the extreme out of a fiber,” says Anna.

Then she came up with another idea: it is not only about licensing patterns, but it is also about copyright.

“Every writer gets royalties, every musician gets them as well. Why hasn’t a print designer? Years later, and a musician still gets his royalties for music, why not the same with a pattern design? Big design and furniture companies, for instance, pay for the designer a certain (tiny) amount just once, and they reproduce this same pattern in textiles for years and years – kilometers of fabric. The print of a product is very often the only thing that makes it a piece of value, and I was thinking, this is so outdated, we should make a revolution.”

Royalties in the fashion industry are a difficult topic. Differently from other design areas, like furniture design that you own the rights for a specific piece of furniture that you have created – furniture and design copyrights usually have 70 years of protection – the fashion industry has no protection. If you create a specific garment – like the Chanel jacket, for instance – there is no such thing as a copyright for that design. That is why everybody copies.

“It is very easy to steal a design in fashion. For print design, we have a chance to control how many items or pieces are sold, and the designer can have the royalties, the same as a writer, a musician, etc.”

Anna’s copyright idea for pattern design is based on the blockchain, because a pattern is also a code, and now she is trying to develop the technology for it. It needs to start with a small brand, to reinvent how fashion works, starting with small scale fashion brands where they can have real control of the inventory, of everything that was created until being able to scale up.

The project is still in an early stage, but we are already excited to see what is the next adventure that this avant-garde woman from our generation will come up with!

Do you want to know more about Anna’s work? 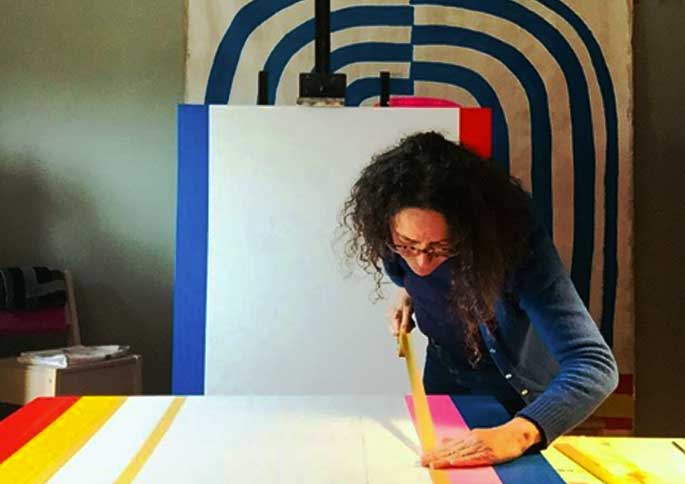 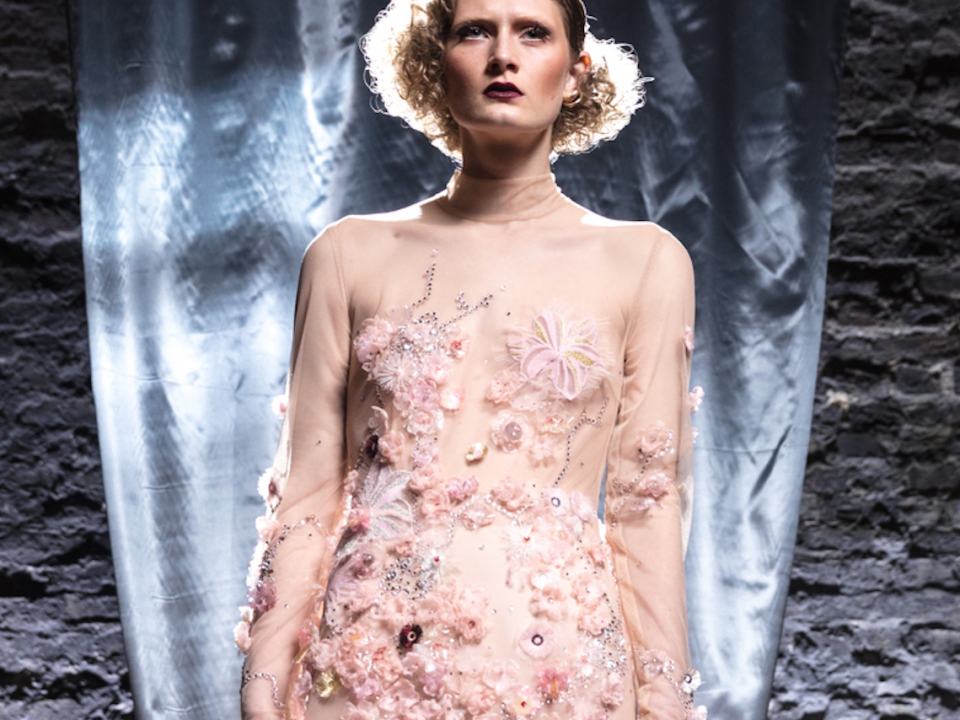 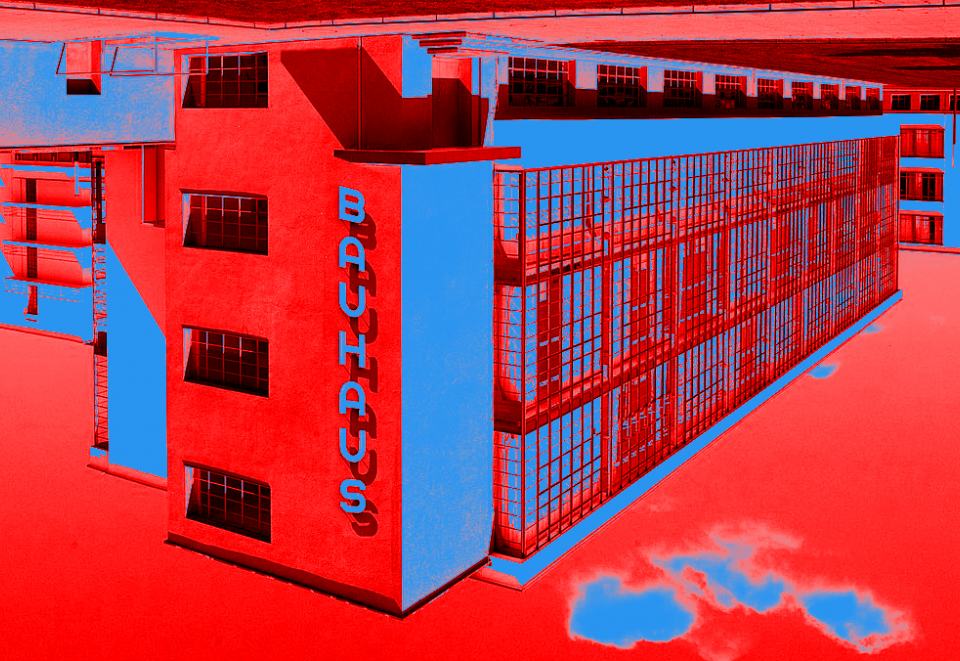